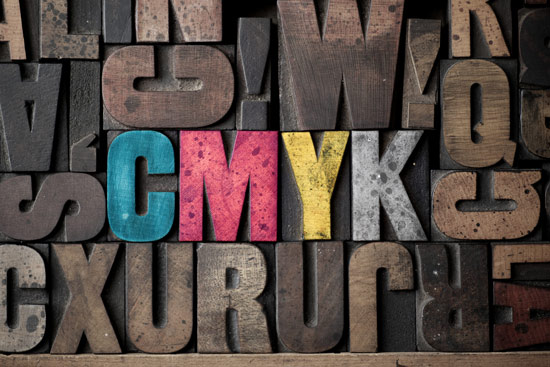 Adobe is discontinuing support for PostScript Type 1 fonts, beginning this year within Photoshop and in two years within InDesign and Acrobat. The implications of this are huge, even bigger than Y2K, at least for those in the creative and print production profession.

PostScript fonts have been widely used for over three decades. Many designers have used the same Type 1 font collections for as long as they've been creating with desktop publishing. After all, why "upgrade" your Adobe Garamond if Type 1 works fine?

Once the format is discontinued in Acrobat, any document that has embedded Type 1 fonts will "break", that is display with a substitute font like Courier. Fixing this problem will involve evaluating a file in its original format (QXP, InDesign, Word), identifying fonts that were in this format, and replacing them with newly-purchased fonts in OpenType format. It could cost a fortune in both fonts and labor.

Just relying on fonts accessed from the Adobe Cloud also can be an issue. Cloud font collections change from time to time due to licensing agreements. Just this past year there were some 200 fonts that were removed from the Cloud because of such agreements. If your designs are of a more corporate nature, you might want to actually purchase the font(s).

We're including Adobe's announcement of this decision below if you want more information. Our recommendation: start planning now, especially if you have a large catalog of PDFs. And stop using PostScript fonts for current projects.

Type 1 fonts were introduced by Adobe in 1984 for use with its PostScript page description language, and became widely used with the spread of desktop publishing software and printers that could use PostScript. In 1996, Adobe products and type development began to concentrate on the use of more versatile OpenType fonts rather than Type 1.

While the use of Type 1 fonts is still supported by some operating systems, it is not supported in many environments crucial to modern platforms, including web browsers and mobile OSes. The lack of support for Unicode information in Type 1 fonts also limits their ability to support extended language character sets.

When will support for Type 1 fonts end in Adobe products?

Users will no longer have the ability to author content using Type 1 fonts beginning January 2023. Until that time, users will be able to work with their Type1 fonts without any change.

Some products, including Document Cloud applications, will continue to display and work with Type 1 fonts as they have all along.

What will happen to documents using Type 1 fonts after January 2023?

Adobe applications will not recognize the presence of Type 1 fonts, even if you have Type 1 fonts installed in your desktop operating system:

What will happen to files with embedded Type 1 data?

Type 1 data embedded in file types such as EPS and PDF will be unaffected by this change, as long as they are placed for display or printing as graphic elements. If those files are opened for editing in applications such as Illustrator or Photoshop, they will trigger a "Missing fonts" error.

Where can I obtain OpenType versions of Adobe-owned fonts?

Will an upgrade path be offered to users who purchased Adobe-owned Type 1 fonts?

Users who purchased Type 1 fonts published by Adobe Type may reach out to our partner Fontspring to receive a discount towards upgrading their font(s) to the supported OpenType font format.

For third-party Type 1 fonts (including those sold by Adobe in the past), users should contact the font foundry that published the font(s) to learn whether an upgrade path to the OpenType format is available.

How can I upgrade my third-party Type 1 fonts?

Users who purchased Type 1 fonts not owned by Adobe should contact the font foundry that published the font(s) to learn whether an upgrade path to the OpenType format is available.

Can I convert my Type 1 font files to a supported format?

Converting Type 1 fonts to the OpenType format is possible but may be prohibited by the font foundry's End User License Agreement. Please consult the license agreement or contact the foundry directly for more information.